Member of the Board & Head of Mental Health 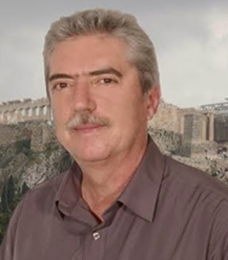 He is Vice President of the 3rd Division of Mental Health Services in the Ministry of Public Health of Western Attica. He has been working as Chief Scientific Officer of the Social Cooperative of EDRA, overlooking the care of 29 patients and all the scientific staff of the two Psychiatric Universities.

Coordinates 7 Child Special Services Centers with a focus on the support and rehabilitation of children with disabilities and learning disabilities.

- Psychologist-Psychotherapist for children and adults with a private office in the area of Peristeri Attica.

- Trainer of seminars on Mental Health.